The jewel in Paisley Art Institute's crown is its art collection of Scottish and European work. This permanent collection, looked after by Paisley Museum and Art Gallery in a state-of-the-art museum store on Paisley High Street, has been steadily growing since the start of the twentieth century.
Midsummer, David Gauld (1867–1936) 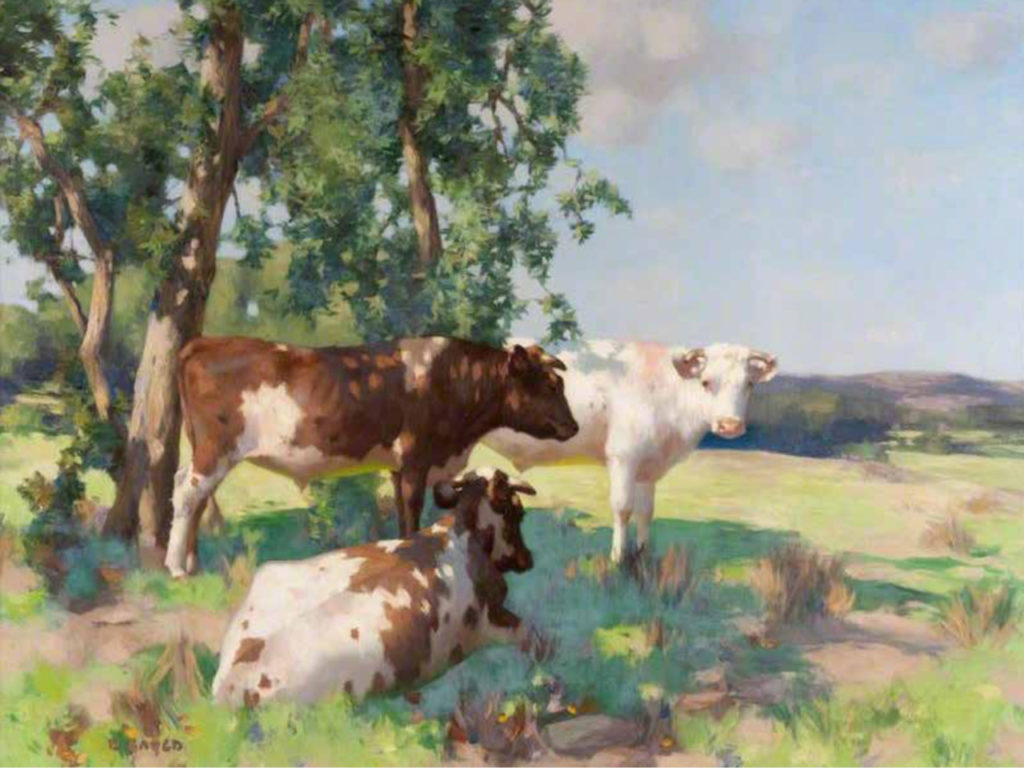 Among the first works to enter the Collection (in May 1914, just before the start of World War One and in July 1925), were chalk drawings and an oil painting by John Blair, a young protege Paisley Government School of Art and Design whose life was cut short aged just 21 in 1860.

These stand-out artworks draw a neat line between the origins of PAI and its development as a world-class forum for emerging and established artists and art lovers to meet, talk and exchange ideas.

The PAI Collection sits alongside Paisley Museum’s own collection, much of which was purchased from PAI exhibitions, particularly during the 1920s and 1930s. The Paisley Art Institute collection started to grow from around 30 artworks in 1921 to a figure of several hundred works today.

It was boosted by public figures such as former Prime Minister H.H. Asquith calling for benefactors to help build the Collection when he opened PAI’s forty-sixth Annual Exhibition in 1922. In his speech, he declared himself: “rather surprised that it [Paisley] should not possess A PERMANENT COLLECTION of works of art worthy of such a populous centre.”

The paintings, drawings, prints and sculpture in the Institute’s Collection highlight a strong connection with all the significant developments and personalities in Scottish art during the course of a tumultuous century.