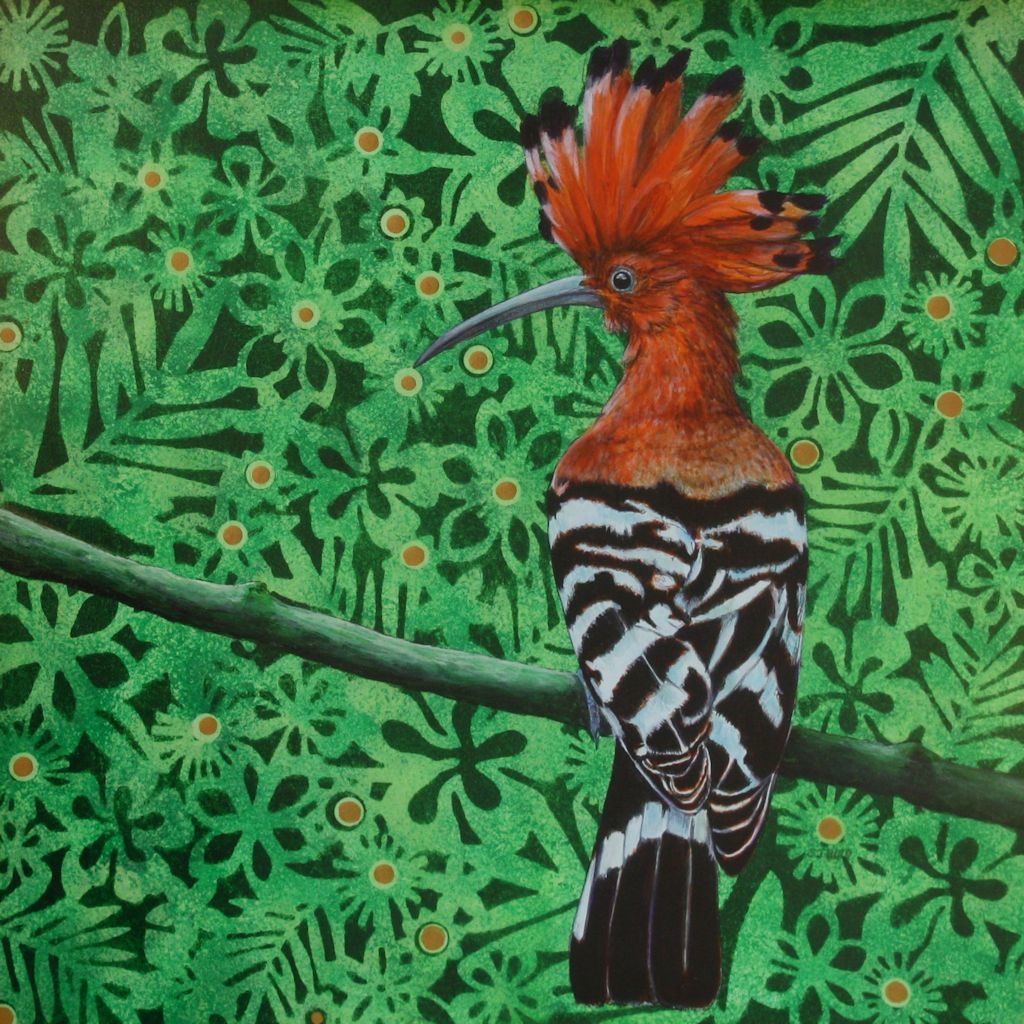 Stanley Bird is a Scottish artist based in Edinburgh. He works with a bold palette to create exciting images of the natural world – mainly birds, other animals and trees – images that seize the imagination and that people can relate to.

He works mainly in acrylics and mixed media on board and on canvas – but will use whatever he needs to make sure he captures that elusive image. His work ranges from larger scale representational paintings and portraits of animals – bulls, cows, sheep, pigs, deer, horses – both in monochrome and colour – to smaller more intimate, mixed media paintings of those and other animals.

He has been working recently on paintings of birds, exotic and otherwise, against bold flat colourful backgrounds and a series of “dug-shots” – characterful portraits of “Man’s best friend”. He exhibits and sells his paintings through a number of galleries in and around Glasgow and the West of Scotland and in Edinburgh as well as in Perthshire, Royal Deeside and the north of England.