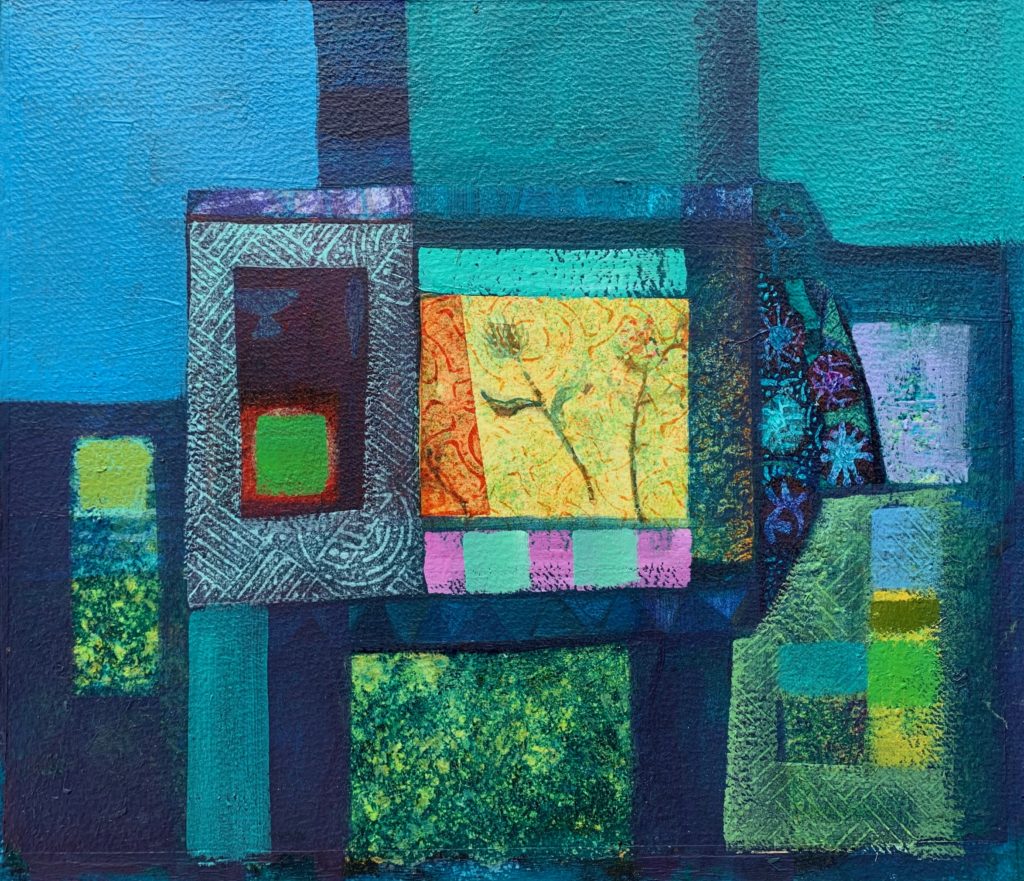 After gaining an honors degree and a post-graduate diploma, with distinction in Fine Art, I worked for some time on an Elizabeth Greenshield Foundation, a Canadian Scholarship, before completing some Public Art commissions in Dundee. Both the Lochee Rd Fence and The Polepark Arch were part of these projects. Throughout this time and the years that followed, I painted, exhibited, and sold in a number of Scottish Galleries. Eventually, having completed my Dip. Ed, after my degree, I began teaching art in Dundee schools and eventually became Head of Art. Since retiring from teaching and indeed during my career, I have continued to paint and exhibit in many national exhibitions and galleries. Much of the influence in my work comes from traveling around the countryside where I live and from my many travels to other countries. The work often appears to be “inside” but in fact is largely influenced by the outdoor environment… .. giving that “Inside out “ feeling. The work tends to be created over a long period of time and I often have numerous works on the go simultaneously, as the ideas gestate and ultimately change over time.