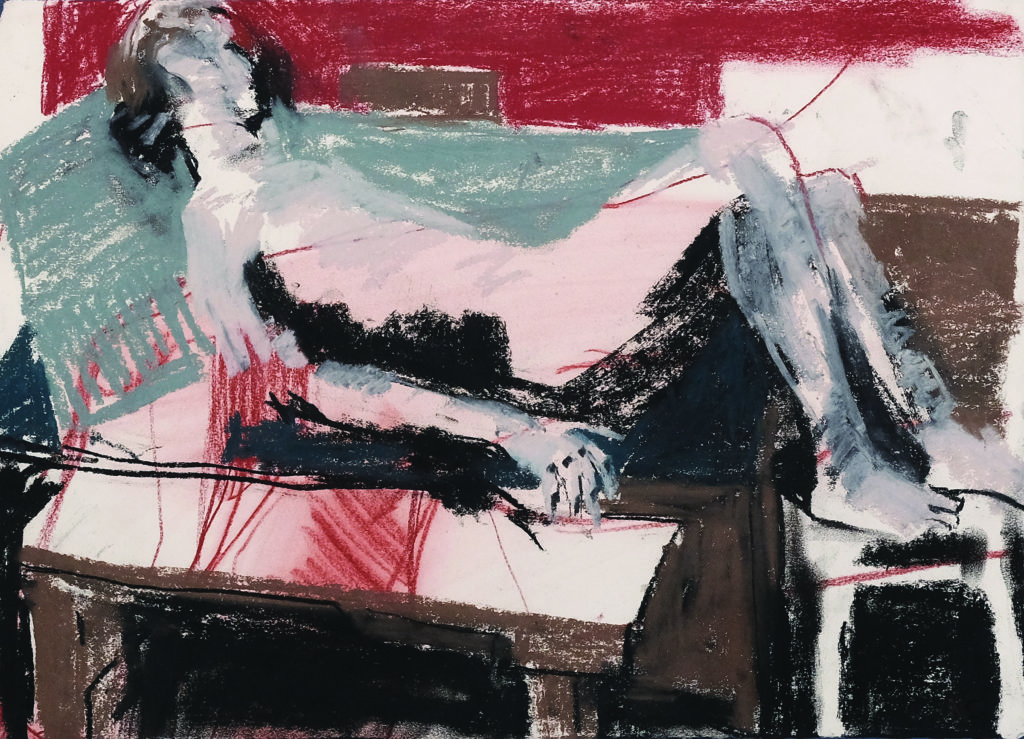 Nicola Carberry is a Glasgow based artist and educator working in various media including film, photography, stone carving, sculpture, installation, and predominantly, drawing. She graduated from Glasgow School of Art with a Fine Art degree. Drawing is fundamental to her practice as a platform for the development of critical thinking; a medium of revealing; an autobiographical tool; a place of material dialogue; and a language that underpins her creative practice.

These various uses for her drawing indicates the larger themes in her work such as the relationship between traditional and contemporary making processes. She also thinks about the construction of identity, the authenticity of personal narrative and reflecting on memory in relation to place and space.

These factors echo in the work of Stirling and Central Scotland based art collective ‘Hanging Together’, of which Nicola is a founding member. The group is an initiative by professional artists to raise the profile of creative activity through engagement with historical context and present-day communities.

Nicola is a member of the Paisley Art Institute and has been commissioned and exhibited by galleries and museums across Scotland. She won the PAI’s Jamieson Award in 2012, the Derwent Award in 2013, the James B S Curr Award in 2014 and 2016, and won the John Green Fine Art Award in 2017.