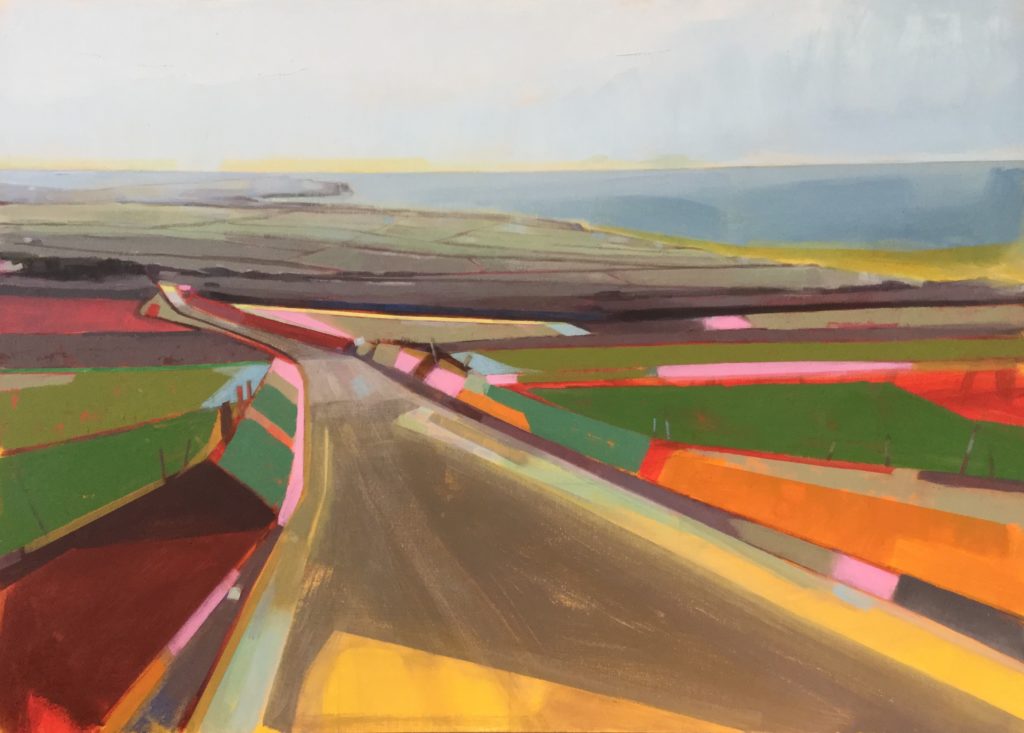 Michelle grew up in South Africa and originally studied graphic design, specialising in illustration. She moved to the UK in 1996 and completed further training in animation at the University of Glamorgan, South Wales, following which she worked professionally in animation, publishing, and (predominantly) children’s book illustration, until moving to Glasgow in 2012.

Inspired by the ever-changing light and the dramatic landscape of the area in which she lives, she has become increasingly drawn to painting the landscape, both outdoors from life and in the studio. In the main, she is drawn to the geometry and abstract qualities within landscape and is inspired by scenes from her everyday experience in both urban and natural environments. She is particularly interested in the interplay of colour shapes to create space and form and the tactile qualities of the painted surface, built up in layers. Although landscape is her main motif she also enjoys figurative painting and still life and especially the spontaneity and emotional response obtained from working directly from observation.

She works in various media, from acrylics and oil paints to charcoal and pastels, and also likes to explore collage and printmaking as means to experiment with simplification of shape and colour.
Her aim is to create work which sits between abstraction and realism, something which is less specific, but more universal in its truth.