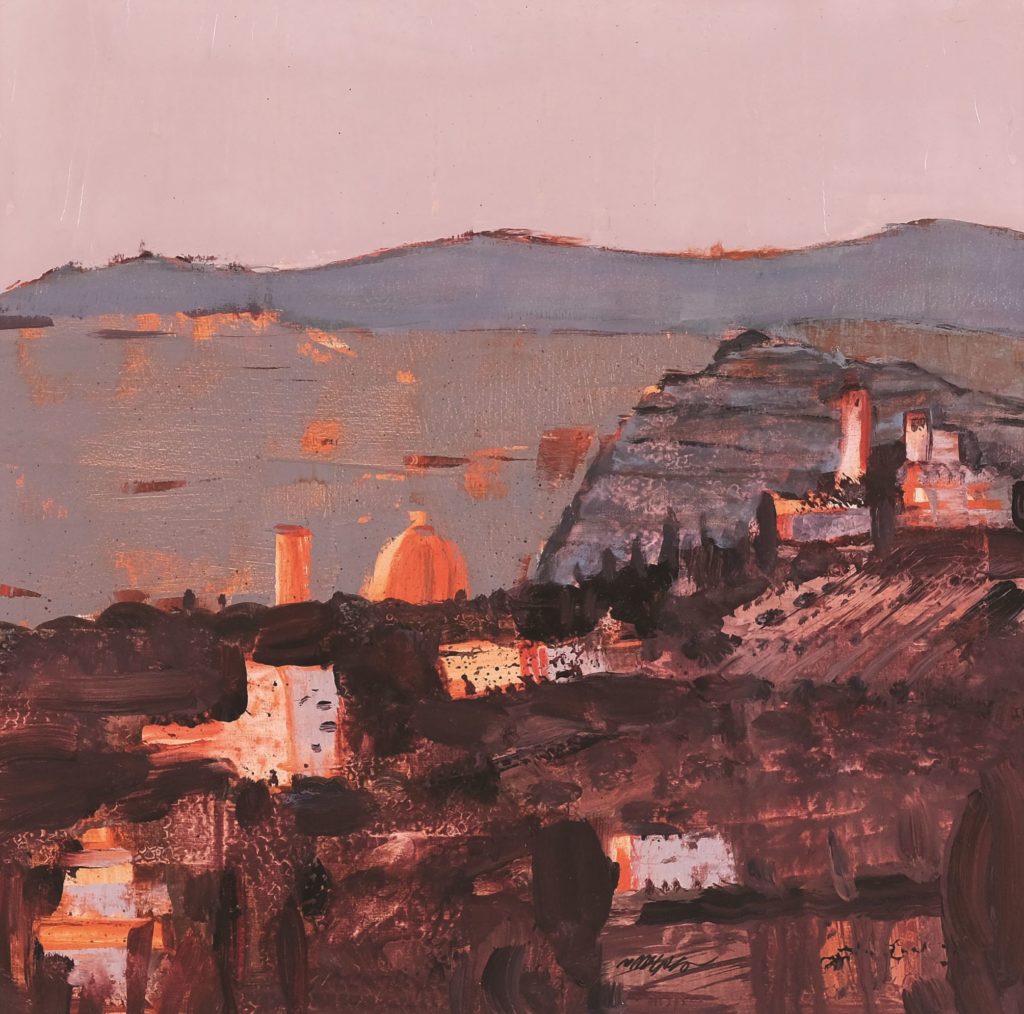 MHAIRI PATRICIA McGREGOR RSW was born in 1971. She studied at Glasgow School of Art from 1989 – 1993, gaining a BA (Hons) in Fine Art. She has exhibited very widely in Scotland, in England and Australia.

While at Art School she received a number of awards including one month working in Vetheuil, France, a Christie’s Bursary for 3rd-Year Studies, Glasgow School of Art Landscape Drawing Prize for a sketchbook done in the open and a John Kinross Scholarship – 3 months working in Florence, Italy.

Following graduation, she spent six months painting in Australia. In 1996 she was interviewed by BBC Radio Scotland for The Usual Suspects programme. In 1997 she was short-listed as one of four for the Alastair Salvesen Scholarship and she was awarded the Under 25 Regional Winner of the Laing Art Competition. She spent a further four months painting in Australia. In 1998 she was short-listed, one of six for Gilchrist-Fisher Memorial Award. She took part in a Scottish Television interview for The Home Show programme. In 1999 she was short-listed, one of four for Alastair Salvesen Scholarship. She was awarded the Ruth Davidson Memorial Award – 3 months working in the South of France. She was elected Member of the Royal Scottish Society of Painters in Watercolour. In 2000 she was awarded Glasgow Art Club Fellowship and spent two months painting in Australia. In 2001 she was awarded the Alexander Graham Munro Travel Award and the Paisley Art Institute Prize. In 2002 she spent two months painting in Arizona and New Mexico. Mhairi’s emotional response to subjects comes through in her paintings. Initial sketches are developed into more abstract works and her landscapes evoke a sense of place effected by a rich, fluid impasto paint surface.