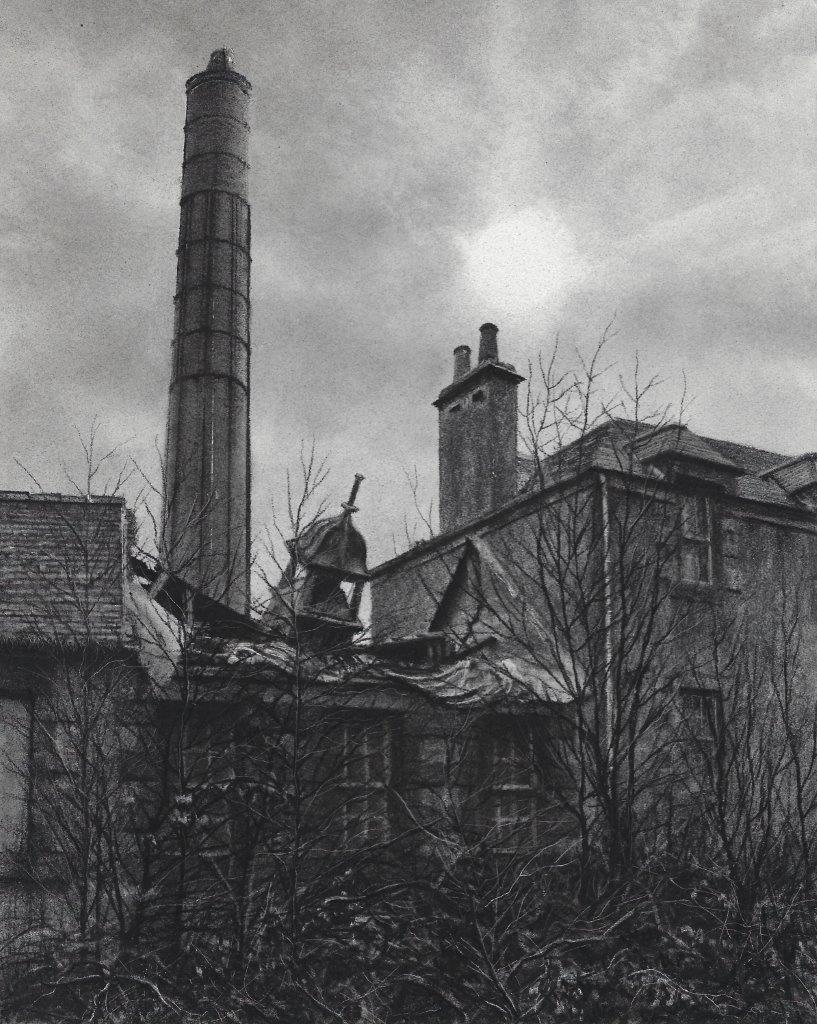 Originally from Lurgan, Northern Ireland, Jonathan studied Model Making at Rycotewood College, Thame and moved to the west of Scotland in 1995 to work, and has been working since, as a Modelmaker for various companies around Scotland and the North East of England.

Having neglected his artistic ability for most of his working life it was only in 2014 that he started drawing again. Being a self-taught artist he initially started doing portraits and pushed himself out of his comfort zone by applying and being selected as a contestant in one of the heats for Sky Portrait Artist of the Year 2018.

But rather than portraits, it was the urban landscape that was beginning to interest him, finding himself drawn to the old brickwork and peeling paint of the narrow back alleys of the Victorian terraces of the North East of England, the industrial dereliction of Glasgow and the more rural decay in Northern Ireland.