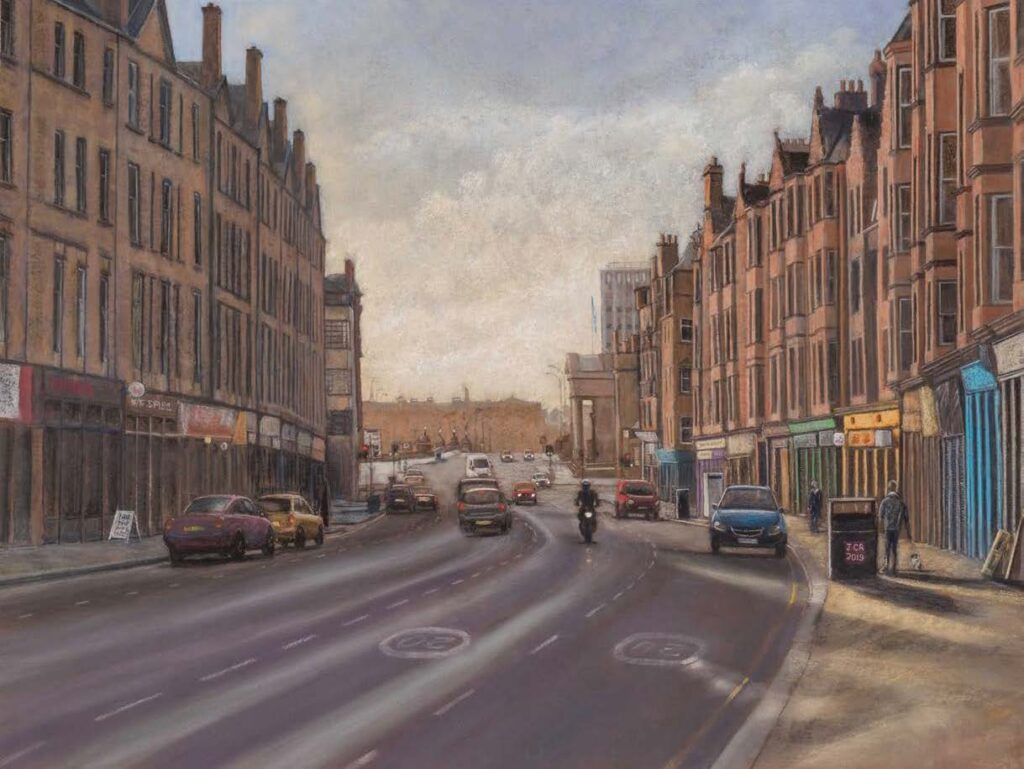 John Rowland is a former chartered land surveyor and keen photographer who developed a passion for art after moving to Glasgow in the late 1990s. After pursuing a number of evening class programmes, initially at Strathclyde University then Glasgow School of Art, he developed a keen interest in working with pastel under the tutorship of Glasgow Art Club member Margaret Evans.

Much of his work draws from past travel experiences and the portrayal of ‘sense of place’. His early career as a land surveyor took him to parts of the world that at that time were largely off the beaten tourist track. During the 1970s and 80s he lived and worked in the Middle East, Pakistan and Northern Australia. Since returning to the UK at the end of the 1980s he has continued to travel recreationally. Family connections in South Africa and, more recently, Brazil have been some of the destinations that have provide subject matter.

He became an elected artist member of the Glasgow Art Club in June 2018.