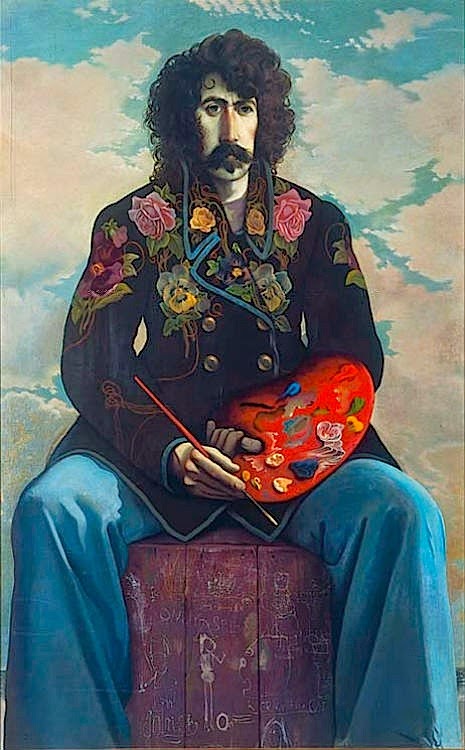 John is one of Scotland’s most important and prolific artists, excelling as a painter, printmaker and playwright. Born in Paisley in 1940, he attended both Glasgow and Edinburgh Schools of Art, winning many prestigious awards for painting. He spent six months in Italy and returned as a masterful and confident young artist. Much of his early work was carried out in naïve style under the pseudonym ‘Patrick’ and he collaborated with many big stars in the late 60s and early 70s.

Most of his paintings are based on portrait/self-portraiture. His work is held in many major collections in Scotland and abroad, including the Scottish National Portrait Gallery, the Museum of Modern Art and Kelvingrove Art Gallery and Museum.

He is an honorary member of the RGI, an honorary fellow of the GSA and the RIAS. He has honorary doctorates from the universities of Paisley, Glasgow, Aberdeen and Strathclyde. His written works include ‘The Slab Boys’, ‘Tutti Frutti’ and ‘Your Cheating Heart’. View John’s website