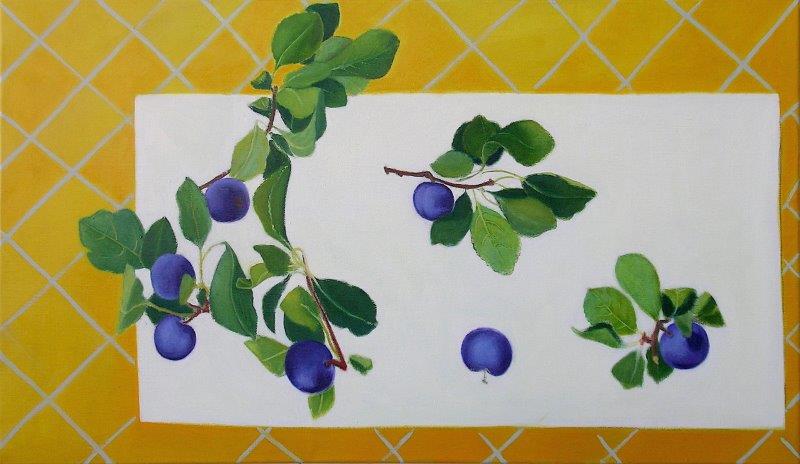 Janet studied painting at Duncan of Jordanstone College of Art, Dundee, where her tutors included Alberto Morrocco, David McClure and Jack Knox. As a student awards included a place at Hospitalfield House summer school and the Duncan of Drumfork Travelling Scholarship. Through the auspices of the British Council she was awarded a one-year post-graduate scholarship to study painting at Belgrade University – after which Janet took ‘the long road home’ via Turkey, Iran, Pakistan, India, Nepal and Afghanistan. In more recent years she has had the opportunity to visit Japan.

Having relocated to London her art practice included both printmaking and painting and during that time she exhibited regularly as a member of the Printmakers Council.

With the move to her current studio in 2000 Janet has concentrated solely on painting and had a number of successful solo exhibitions in London. She retains links to her Scottish roots as a member of Hospitalfield Alumni Association, the Royal Glasgow Institute and Paisley Art Institute and has regularly had work selected for the annual RGI and PAI exhibitions. She also takes part in the annual RCA Secret fundraising exhibition in London.
Commissions include two limited edition silk-screen prints for the P&O Cruise Liner Aurora and her work is in Dundee University Collection.