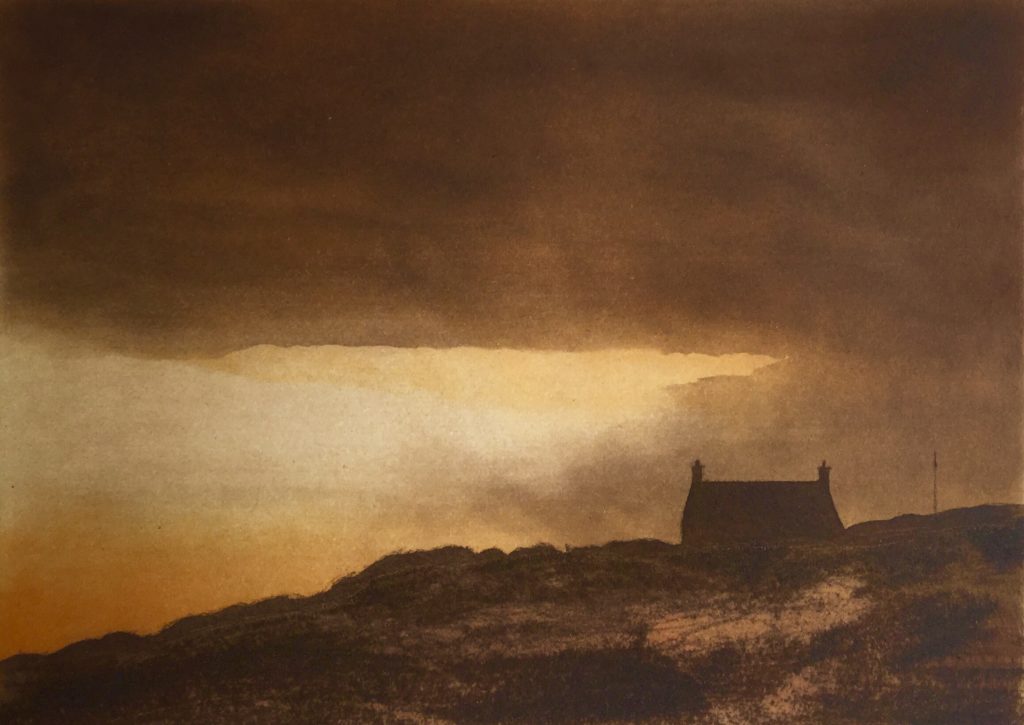 After studying at Belfast Art College in the early 1980s, I graduated with a degree in Fine Art. It was during this time that I was introduced to printmaking and after a career in graphic design and teaching, I was keen to start printing again. Over thirty years later I enrolled in a refresher etching course at The Glasgow Print Studio and shortly afterward became a member.

In 2017 I won the Roy Wood prize for excellence in Printmaking at the Royal Scottish Academy exhibition in Edinburgh.

In 2018 I had a featured artist exhibition at the Glasgow Print Studio and also participated in their ‘Glasgow in Print’ exhibition. I won the Derwent prize at the Paisley Art Institute and had one of my prints hung in the prestigious Royal Academy Summer Exhibition in London where I sold my whole edition.

My prints and paintings are also exhibited in various galleries and at art fairs.

I frequently teach workshops and classes in various painting mediums and regularly hold painting demonstrations for art organisations In Scotland and Ireland.

My illustrations have been used in a number of books and I have also illustrated posters for the RSPB.