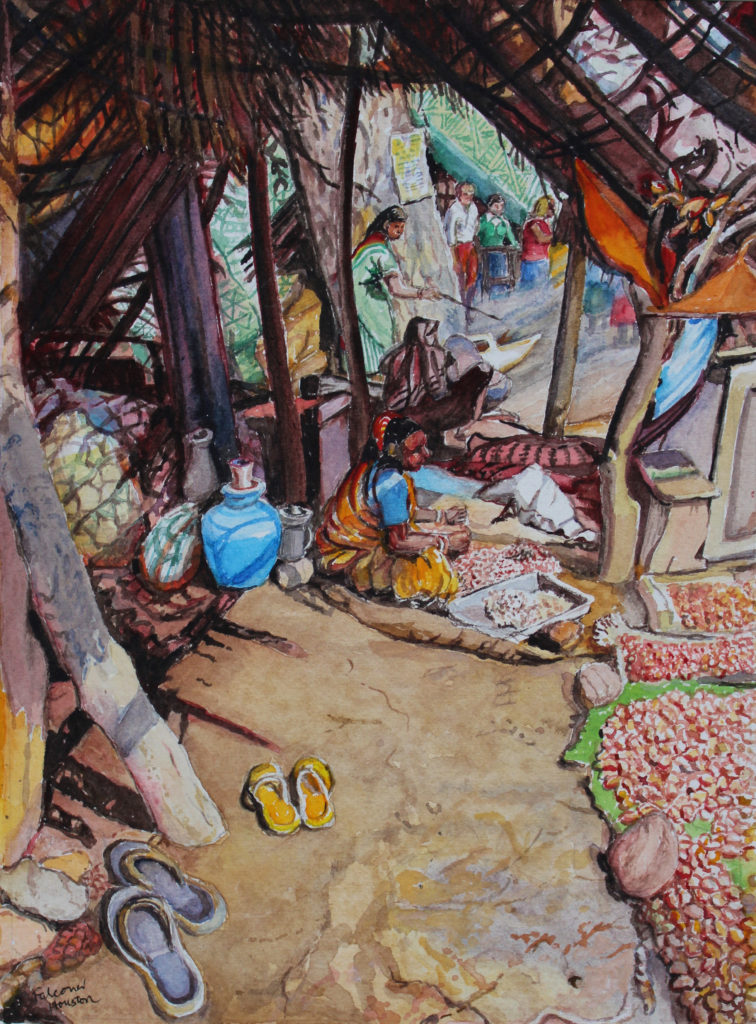 Falconer Houston, an Honorary PAI, has been exhibiting at PAI for the last 40 years. He has held the title of Honorary Vice President and also been a prize-winner.

His artistic career started at Glasgow School of Art from which he recieved a Diploma in Art. Falconer went on to work for may years as a Principal Teacher of Art in schools in Renfrewshire. Not only is he a successful artist in his own right, a watercolourist by preference, but has also worked as a ceramicist and a film-maker; frequently working with children and young people, tackling historical narratives. Cry of the Peewee, about the Covenanters, won the Best Film Award at the Scottish Amateur Film Festival in 1969. In 2018 the Glasgow Short Film Festival gave due acclaim to his film-making and showed several of his films from the 60’s and 70’s, restored for new audiences.

Colour is extremely important to Falconer. These times of lockdown have given him the chance to paint every single day in his home studio, and to enjoy the myriad of colours in his garden.