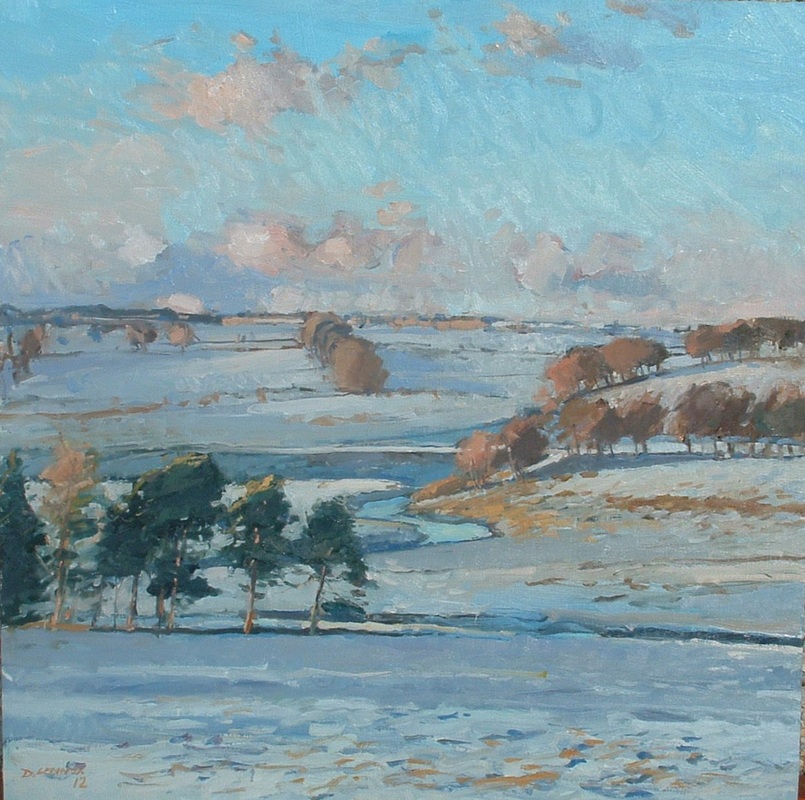 Douglas Lennox was born in 1948 and was educated in Kilmarnock. He attended Glasgow School of Art 1966-70 and Jordanhill College of Education 1970-71. Early retirement from being Principal Teacher of Art and Design in Grange Academy in Kilmarnock means he can now concentrate full-time on painting. He now lives in Darvel in the Irvine Valley which has been the inspiration for much of his work.
His work is predominantly made up of landscapes and seascapes in Ayrshire. The seascapes feature the marinas and harbours of the Scottish coast. The basis of his work is simply a continual fascination with what he sees. He works directly in front of the subject throughout the year as he feels that there is no substitute to being out there responding to changing light and seasons. His work is in a variety of media to suit conditions and subject – oil, watercolour, gouache and pastels.
Duncan Shanks, who was one of his teachers at art school, was an early influence. The work of the Impressionists, The Glasgow Boys and the Scottish Colourists are all constant influences.