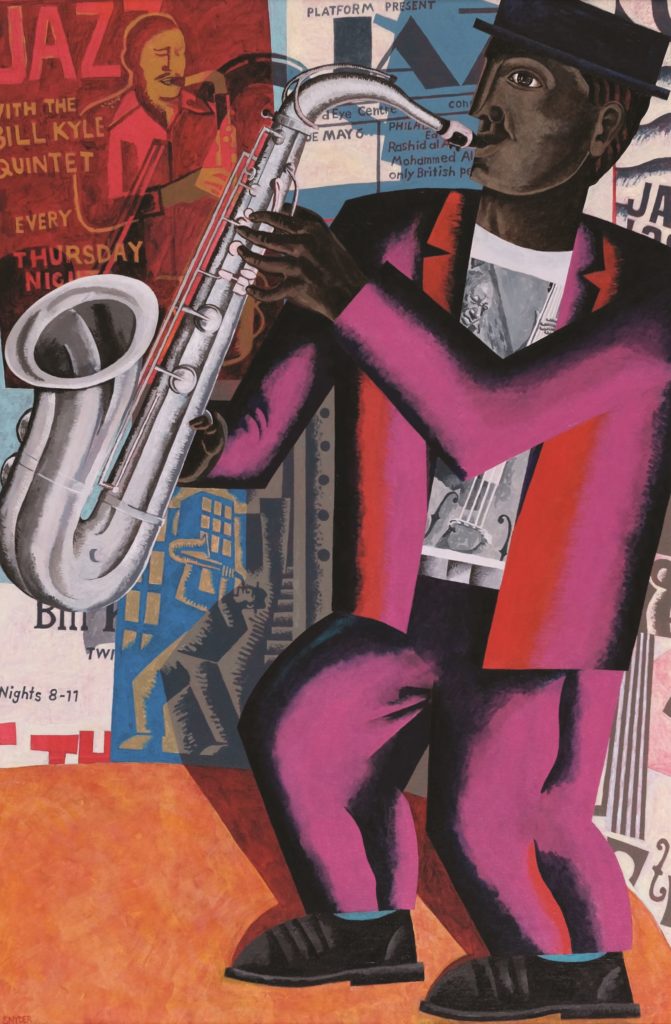 My work has been predominantly based on visual interpretations of Jazz Music. This has been pursued in many different ways through different media including Printmaking, Painting, Drawing and mixed media pieces. My work has been applied to many musical events and projects. This has been through Painted Backdrops, exhibitions, promotional designs and graphics, and also projects involving garment design for musicians.

My current creative direction is driven by observed drawing of live performance, related to Music and also Contemporary Dance. The music related drawings are being generated at performances in and around Glasgow, and are being translated into Prints. The Dance related drawings are being developed with a view to live interaction with contemporary dancers, as well as for development into fine artworks. An initial collaboration at Citymoves Aberdeen in May 2012, with dancers Penny Chivas and Lucy Boyes, has opened up a new creative direction which is becoming increasingly active.

Dominic Snyder graduated from the GSA in 1980 with an Honours Degree in Printmaking. He then worked for the GPS as a litho technician for five years up to 1986. Since then he has maintained his Artist and Printmaking practise, as well as meeting the responsibilities of various teaching posts. He has had several one man and group shows, including at the EPW Gallery back in 1987. He has also had work published by the EPW and also the GPS.  His most recent one man show was in Bellis Shop and Gallery, Brighton, in 2008. He has produced the promotional illustrations for the Edinburgh International Jazz Festival from 2002-08. He is currently exploring developments in observed drawing of live performances of Jazz Music and also Contemporary Dance.