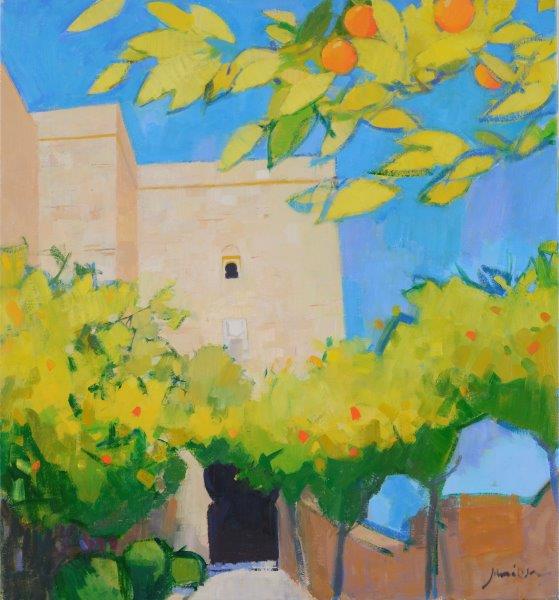 Born 1952. Attended Glasgow School of Art 1969-74. Travelling Scholarship and Norden Scholarship and attended TCU in Fort Worth, Texas. Attained master of Fine Arts degree in 1976. Worked as an actor and artist until painting sales took off and have painted full time since the late eighties/early nineties. Taught part-time in the Textile Department at Glasgow School of Art from 1995 until 2001.

Photographic book on Glasgow published by Frances Lincoln in 2009. President of Paisley Art Institute from 2004-2007. Co-founder and chairman of The Aspect Prize for Scottish Painting from 2003 until 2011. Included in ‘The Dictionary of Scottish Painting (1600 to the present day).’