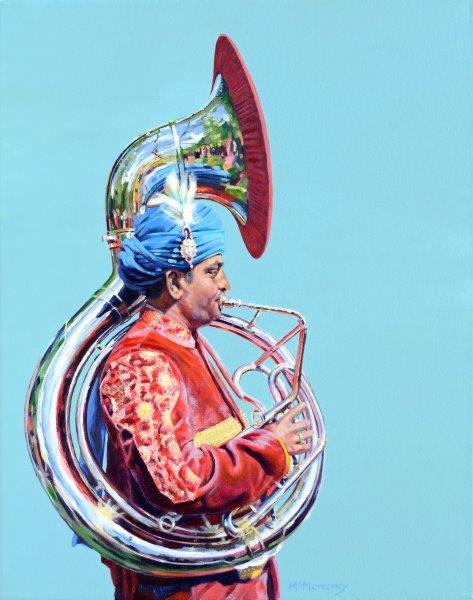 BIlly was born in 1954 in the East End of Glasgow and left school at 16 to study art and design at College. He worked as an illustrator within education for many years and when his sons were born he changed career to look after them.

When they grew up he made a decision to return to art and from 2010 has studied acrylics, oils and portraiture through Learning in Later Life at Strathclyde University in Glasgow. This gave him the confidence to show his work and he has been exhibiting work and taking commissions since 2015 with some artworks winning awards and finding homes around the UK, Europe and beyond.

He paints mainly using acrylics, starting in a traditional monochromatic underpainting, adding transparent glazes to contrast with final full colour. Ultimately his aim is to explore bolder brushwork and colour so that he can translate into paint the light, movement and contrast that surrounds and inspires him.