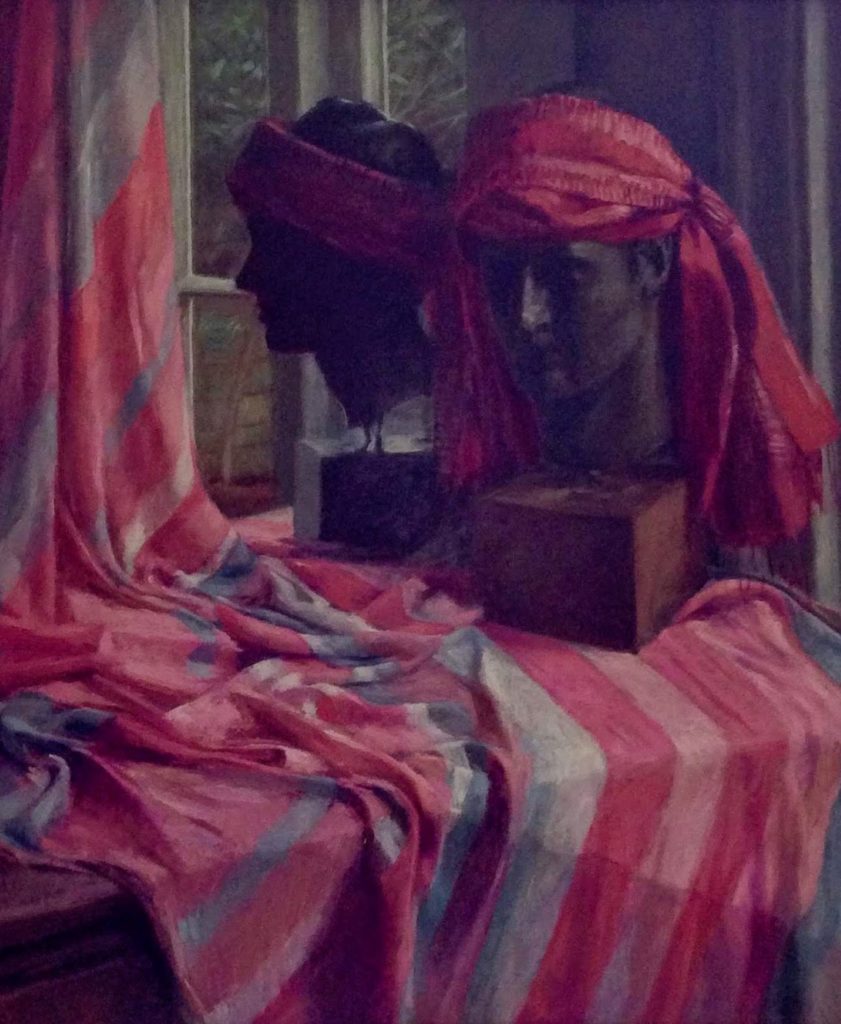 “I am a figurative painter. My training has been wholly academic and I have strayed very little from that path, my heroes being Van Dyke, Rubens, Rembrandt, Gainsborough etc. Basically, I paint what I see in front of me. That composition of the sitter in his or her environment is very important and needs much thought and discussion. I aim to fulfil a portrait commission to the total satisfaction of the client and also myself.”

Born in Nottingham.
Trained at Nottingham Collage of Art followed by four years at the Royal Academy Schools, London. During that time she passed National Diploma in Design, twice won the David Murray Landscape Scholarship and Bronze & Silver Medals for Life Painting and Portrait Painting.
Exhibits regularly in Group Shows such as the Royal Academy Summer Show & the Royal Society of Portrait Painters. Showed in the Paris Salon 1967 & 1961 where she won the Medaille D’Argent. Anne was recently made a member of Royal Society of British Artists (RBA) in 2012 and is a longstanding member of the Chelsea Art Society & the Small Paintings Group of which she is President both of which have annual Exhibitions in which she shows.
She also shows with the New English Art Club & the Royal Society of British Artists. She has twice won the Agnes Reeve Memorial Award for a painting of London and in 1980 was made Straker Artist of the Year.
Various murals including two large commissions painted for the Head Office of McAlpines Construction and for the General Dental Council building in London.Her work is held in several private collections in Great Britain, Europe, America, Australia and in the Candie Museum, Guernsey.